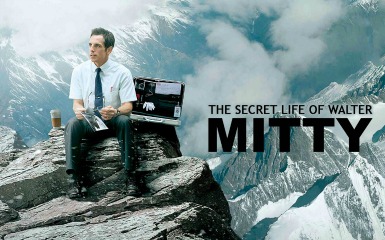 If you went to see Katniss Everdeen kick ass in The Hunger Games: Catching Fire this weekend, chances are you caught the latest beautiful, epic trailer for ‘The Secret Life Of Walter Mitty‘.

If not check it out HERE.

You might recognize the strums of the first song featured. That would be “Dirty Paws“, which kicked off last year’s Of Monsters And Men debut album.

The epic drums and soaring sing-a-long in the second half of the trailer however are the work of Jose Gonzalez with the help of St. Vincent. It’s called “Step Out”

Gonzalez you might know from is touching cover of The Knife‘s “Heartbeats“, or his work with indie-darling band Junip.

Word is that Gonzalez has his fingerprints all over the Walter Mitty soundtrack, which is exciting news given “Step Out”.

And it’s worth taking a second to realize the powerful relationship between movie trailers and music. I know Arcade Fire‘s “Wake Up” began to hit a little harder after I saw it paired with ‘Where The Wild Things Are’. I hope this does the same for Gonzalez.