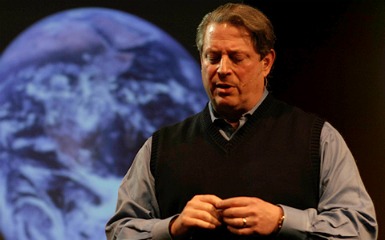 Al Gore is hosting a 24 hour Webcast on Global Warming called “24 Hours Of Reality“. In case you’re just tuning in people of the internet, Al Gore invented you. He has made it possible for you to look at cat pictures while you’re wasting time at work.

But now that the whole Information Super Highway thing is under control, Gore has taken up the fight of Global Warming. Doing so of course with his film “An Inconvenient Truth“, and now this 24 Hours Of Reality Webcast.

24 hours is a mighty long time to fill. I mean how long does it take to say “it’s getting warmer and it’s all your fault”. Here’s a breif example of how Mr. Gore is filling the rest of the time.

***NOTE TO IPHONE USERS: This audio is also available in the iTunes store. Just search “MetroRadioShow.com”