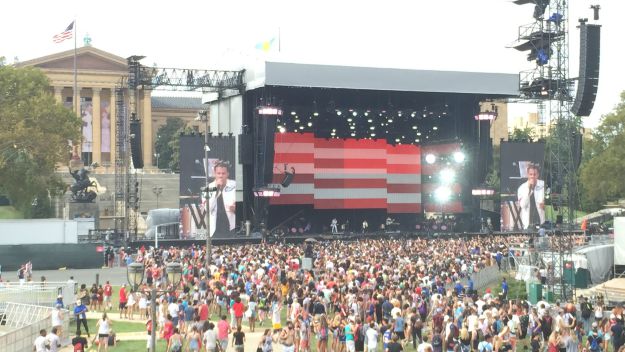 It’s been a while since any music writing or interviews have existed in this space. That work can currently be found at CBSPhilly.com. “Come on homie we major.”

However, in the interest of keeping it all together, here’s a few links to my coverage of this year’s Made In America festival in Philadelphia. Nobody can have a bad time when Beyonce is involved, but overall a festival on the Parkway doesn’t have the same majestic feel as a festival like Firefly, secluded and buried in the woods of Delaware. It’s like that thing when you take a vacation to the Poconos. Sure, it’s beautiful and relaxing, but it’s not exactly the sandy beaches of the Dominican.

Here’s everything you missed out on this year at Made In America.

Day One with Queen Bey

Interviews with Philadelphia’s Hop Along and Strand Of Oaks.

Day Two with The Weeknd and Big Sean, featuring interview’s with Marian Hill and Hippo Campus.

An after-party with Death Cab For Cutie At The TLA.

See you next year on the Parkway, unless The Pope breaks it.