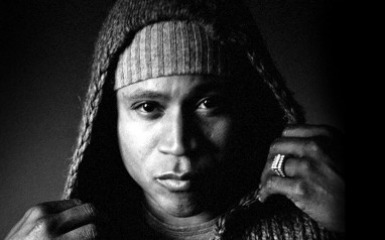 Rather than write about it myself…

His first offering in nearly five years — and first not to be issued through longtime hip-hop powerhouse Def Jam — “Authentic” not only misses the mark, it doesn’t even come close.

Even worse, he allows himself to get lost amid an exhaustive list of guests including Fitz and the Tantrums, Eddie Van Halen, Snoop Dogg, Earth, Wind & Fire, Bootsy Collins, Travis Barker, Chuck D, Tom Morello, Z-Trip and Brad Paisley. Some of his collaborators elevate the material, and others make you wish they’d done the track themselves.

Immediately, you know this is gonna be your JAM because they spell “sheets” with a “z.” That kind of thing is all the rage right now. Does he proceed to rap about having his tongue on a woman’s feet? You betcha. Actually, this is the kind of track you expect from an aging rapper/R&B singer who is just out of touch enough to put a “z” in the song title and fill an album with ill-advised pop-rock-rap mashups. This is remarkably better than the rest of the album, though it still registers a zero on a binary scale.

However…this guy likes it and he’s not alone.

On “Bath Salt,” LL Cool J raps, “Never try to sound like a rapper I raised” and that’s precisely why most of his first record in five years works. LL knows he’s from a different generation and he owns his age and legacy here. On the fine “Closer,” he says defiantly, “LL, grown man/ couldn’t give a damn if young boy’s a fan.” Thirty years in, LL still spins taut couplets as often as he licks his lips and delivers them with nimble style.

It has not been confirmed if Ken Capobianco and fellow other “Authentic” supporters are 37-year-old black women with “In The House” on DVD, but I have to assume.

In other “should have stayed in the 90’s news”, The Spin Doctors are still a band. They have a new album called “If The River Was Whiskey“. If it was, they would drink it, because they’re sad.

Gone is the poppy bounce of “Two Princess“, replaced by imitation white guy blues. The Spin Doctors are to the blues as LL Cool J’s “Authentic” is to actually being authentic.

Oh please Vampire Weekend, come and save me soon.